The residency offers the possibility for :

Ultimately a project such as an exhibition, conference, workshop or other must be proposed by the resident.

During the months of August and September 2021 the residency is addressed to a Swedish artist to work in Geneva: OPEN CALL

During the months of May and June 2021 (preliminary dates) the residency is addressed to a Swiss artist to work in Gästrikland/Gävle: OPEN CALL

The resident can have an artistic activity in all areas of expression and not be a student anymore. There are no nationality or age requirements. English is recommended.

OPTIC is support by :

Mackapär of imaginary Spaces at Topic in Geneva

A four day performance program at Espace Topic. The opening ceremony was made as a performance/concert, a social moment/ritual which created a extended textile structure in the space. All songs and material was collected from Geneva, and produced during a 2 month residency at Picto Association. 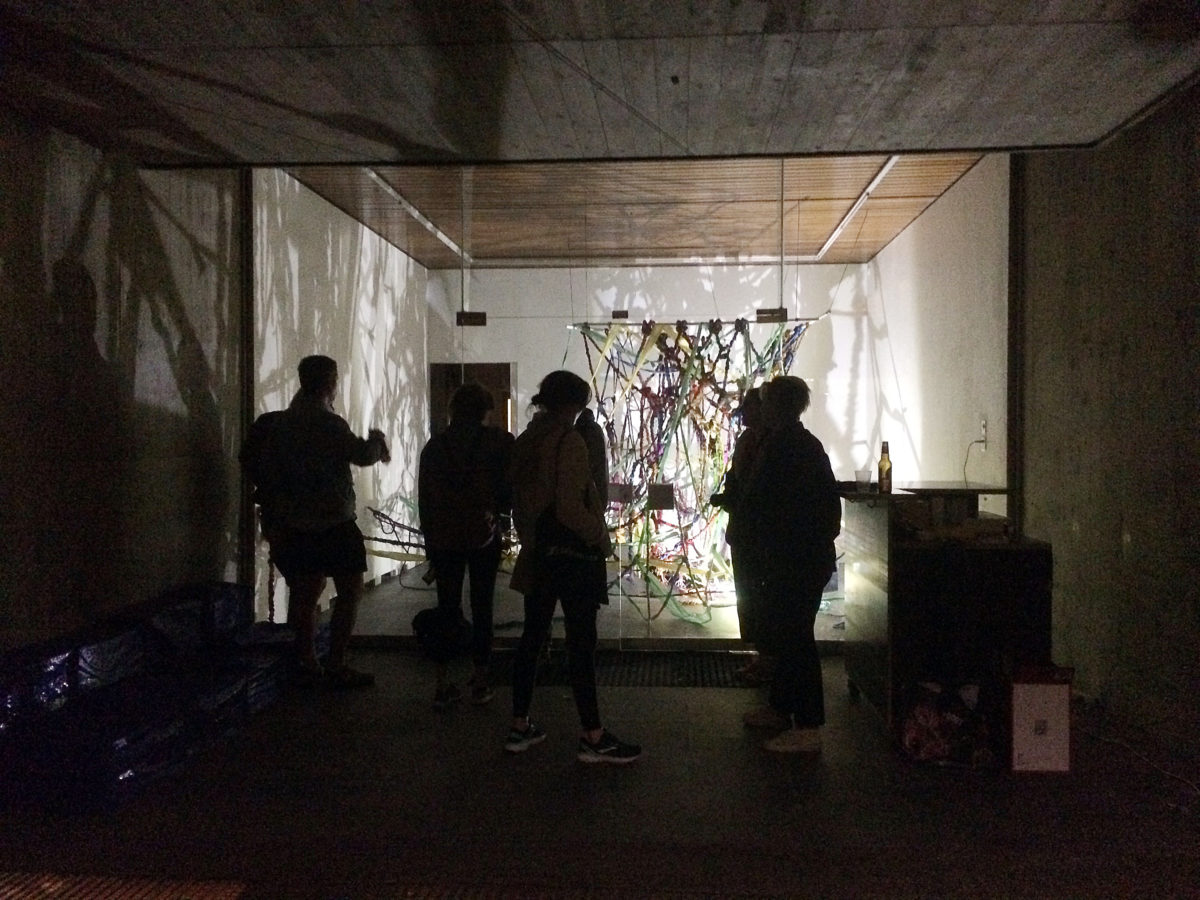 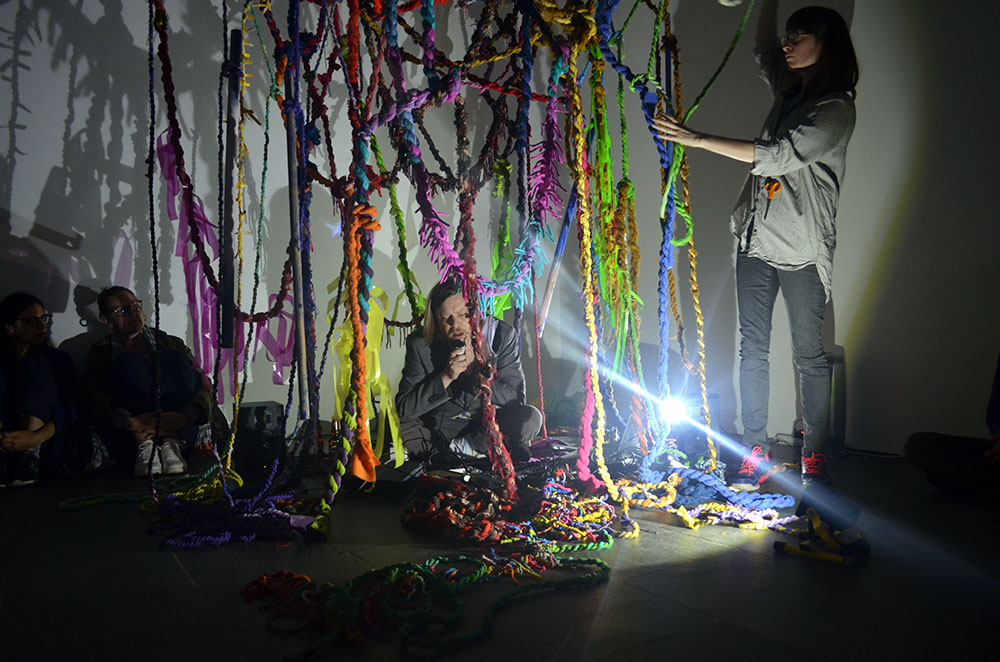 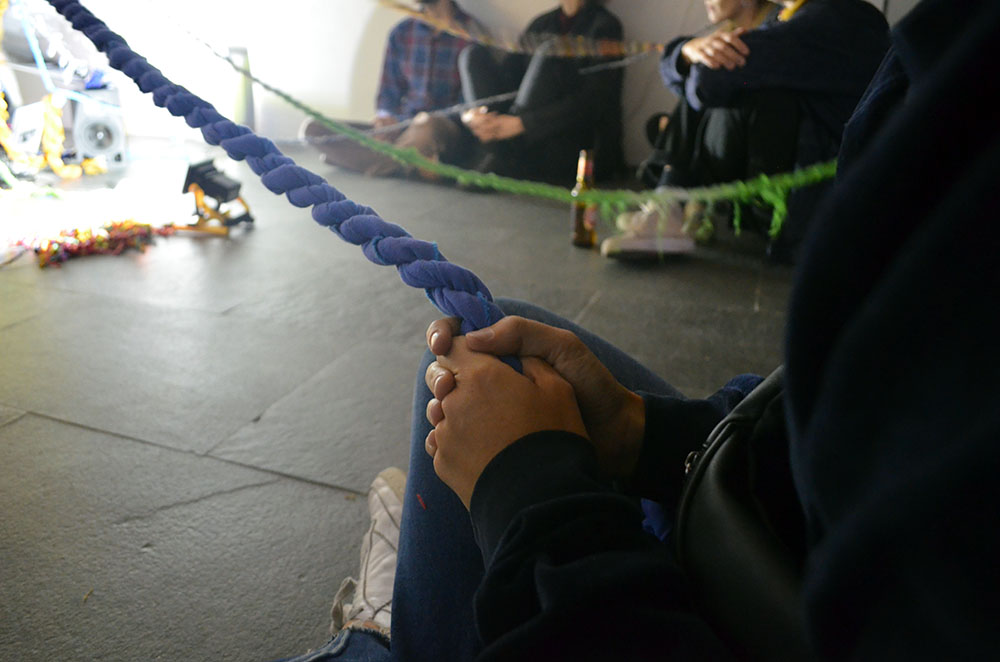 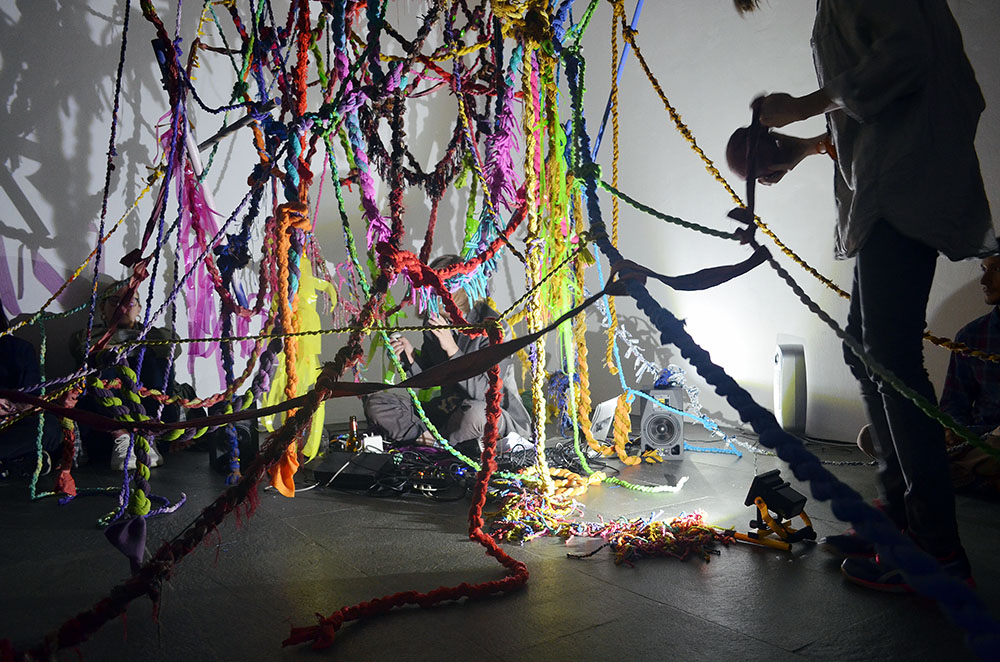 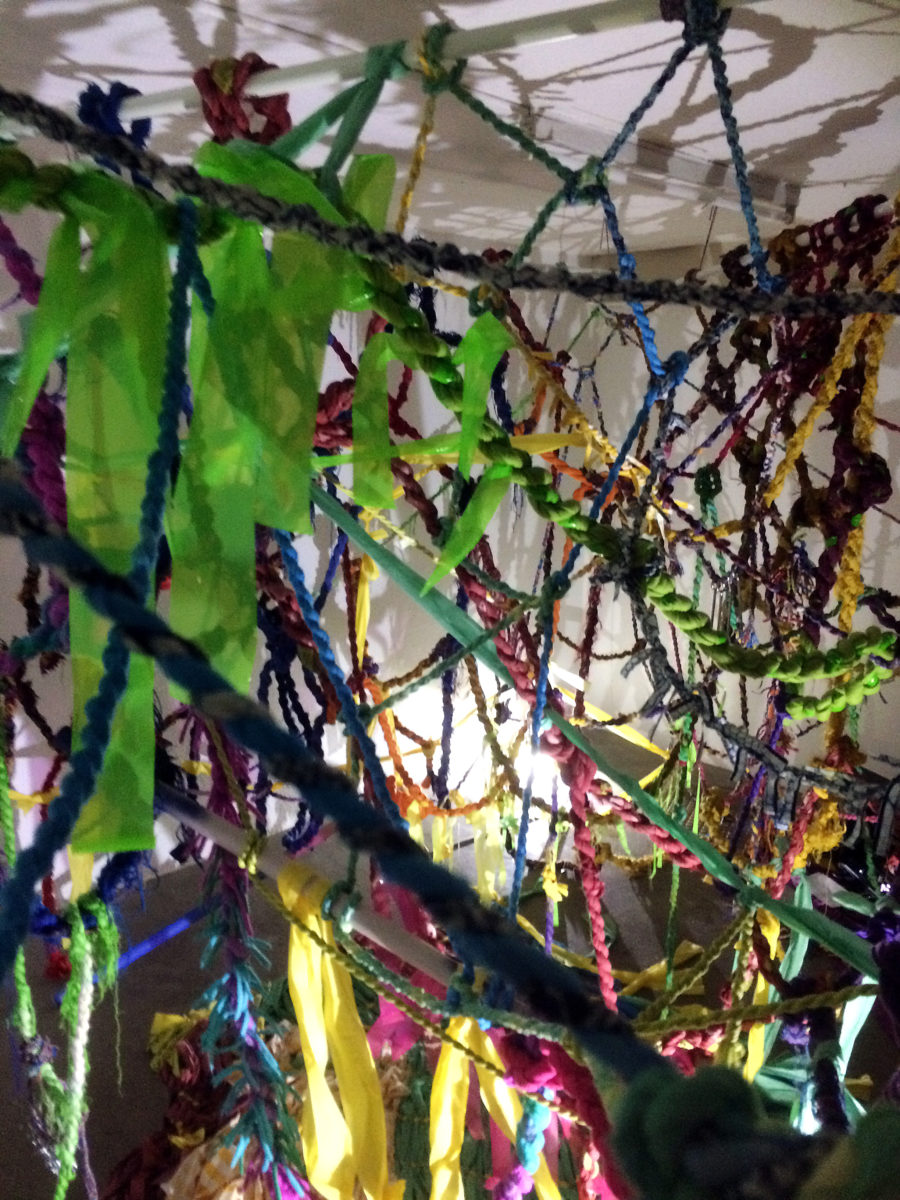 A [meta] City Tour of Sandviken at Topic in Geneva

The performance  consisted of a fictional “city walk” in Sandviken, through a walk in the Lioard and Cite Vieusseux neighbourhoods in Geneva. The artists took the role as city guides, inviting the audience to make a 1 hour walk in the neighbourhood together with them, pretending they were  walking in Sandviken. The performance created an instant connection between Sandviken and Geneva, through an act of collective imagination. [krig] made use of their outside perspective, not being locals and presented personal experiences, anecdotes and facts about buildings, history and situations in Sandviken. The audience participated by asking questions, reflecting their life and relation to the public spaces imagined and the ones we where actually in. 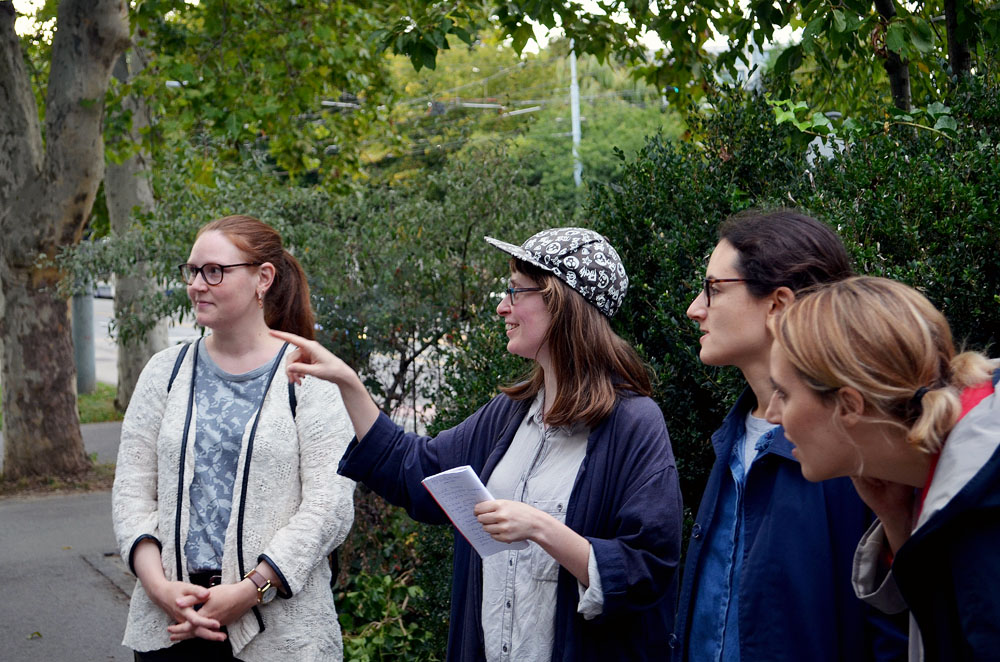 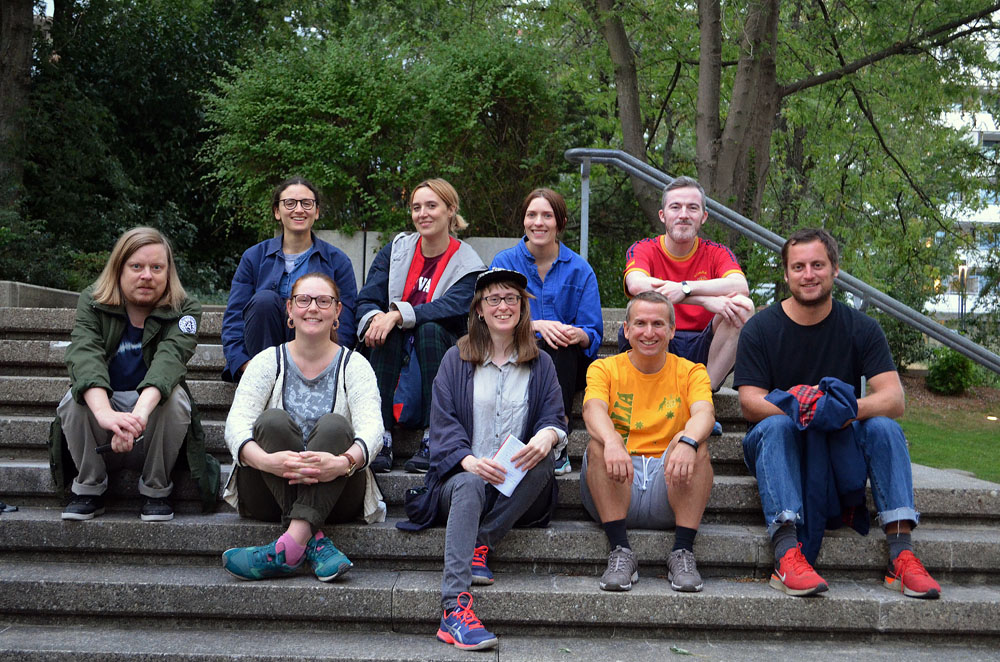 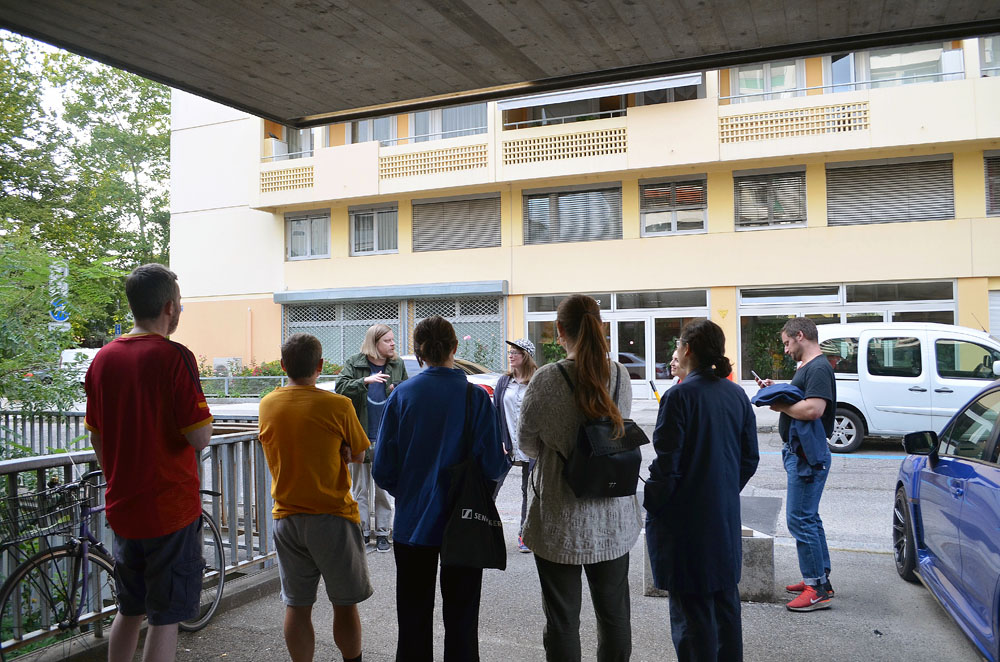 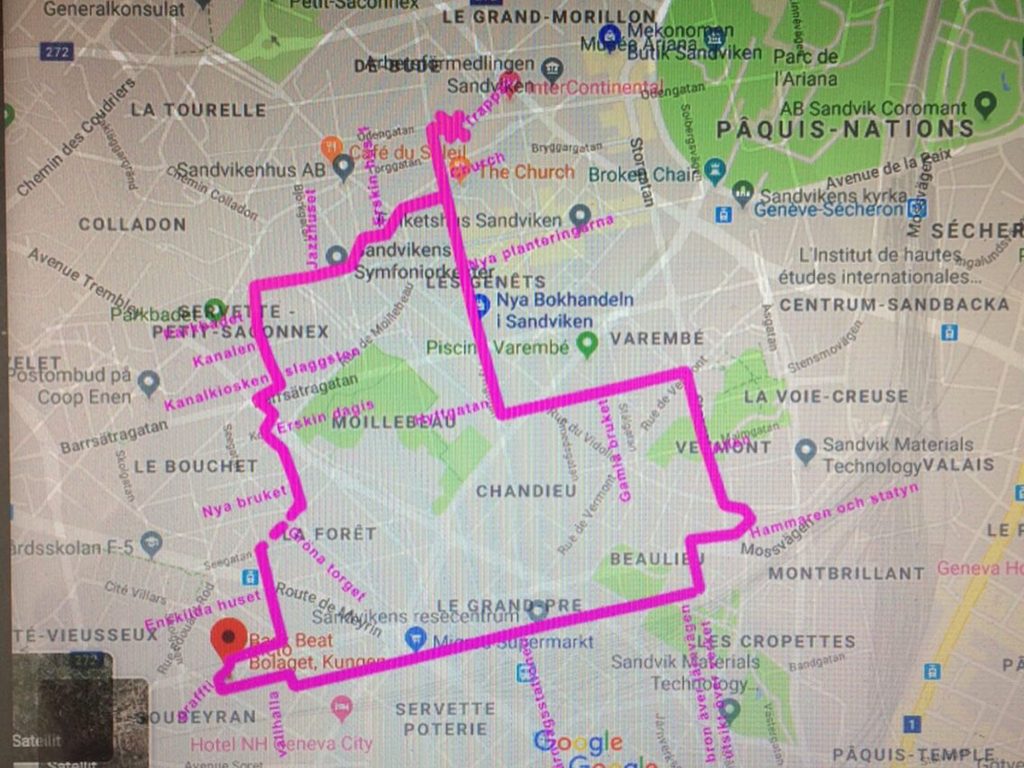 [krig] is an artistic collaboration between Jon Perman and Karin Bäckström. [krig] is a ritual, a movement, a feeling. [krig] named themselves after the tradition of provocative punk aesthetics, an idea about resistance, and DIY ethics. Together they release records, make installations, run an independent gallery in a small industrial town in Sweden, and organise artistic projects using the name [krig] as a shared identity. [krig] explores the possibility of creating a temporary space of new realities and social behaviours, coming into existence through caft-making, performative and musical activities, as well as by artistic organisation.

Their artworks are used to initiate a situation, a play between visitor, participator and observer. Like a dance floor, everyones role is different and the participation is voluntary. It is an idea about the creation of your own reality, by making a space of your own that offers alternatives to given ways of behaviour. Not as a function, but as a collective process that turns into actions, performances, objects and situations. Like a meeting between worlds, a dance floor, the story of a city or the alleged truth of reality.

During their stay they initiated a process off collecting material, sound and textile, from their encounters with the city and its people. Like a material based log of their stay.

After spending two months in Sandviken as a residency artist in the residency program Optic Suède, Vianney Fivel, artist from Geneva, presented an installation in the large hall at Backbeatbolaget. The installation was composed of a video, based on parts of advertising linked to the company Sandvik and Sandviken and a reproduction of the stairs in the front of the house.

When Vianney came to Sandviken in early September, he tried to find historical documentation about Sandviken in English. It turned out that the vast majority of english books about Sandviken have been published by the company Sandvik, which means that they are also used as promotion material for the company. The discovery made him look to the company’s advertising clips and other commercials about Sandviken on internet. While the films promote new products, they also focus on a potential lifestyle that the company provides.

The video “Marginal Activities” is using parts of Sandvik’s commercials as prime material. Creating  a new story striped from its original message. It invites the viewer to a journey through an emotional content, which is emphasized by a pop song composed by Fabio Poujouly and Jérémie Favre, from Geneva. The stairs tells the story from a different perspective. Contrary to the advertising clips, the stairs makes it possible to sense a local story about the association Backbeatbolaget, the city’s history, non-profit commitment and creativity. Events and people have left colours, patterns and surfaces on the material now put together in a new form. 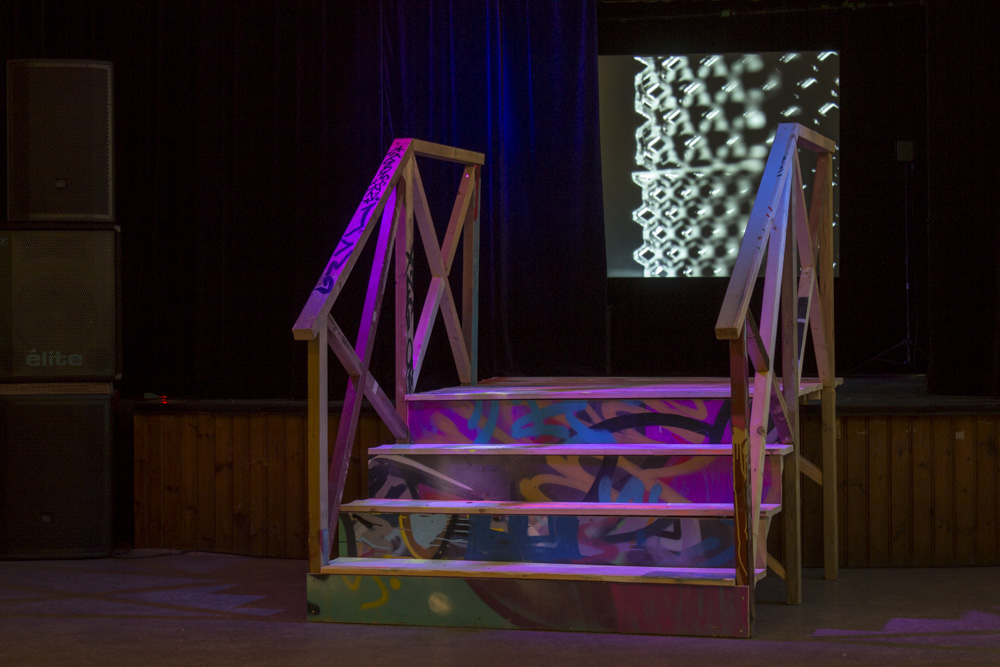 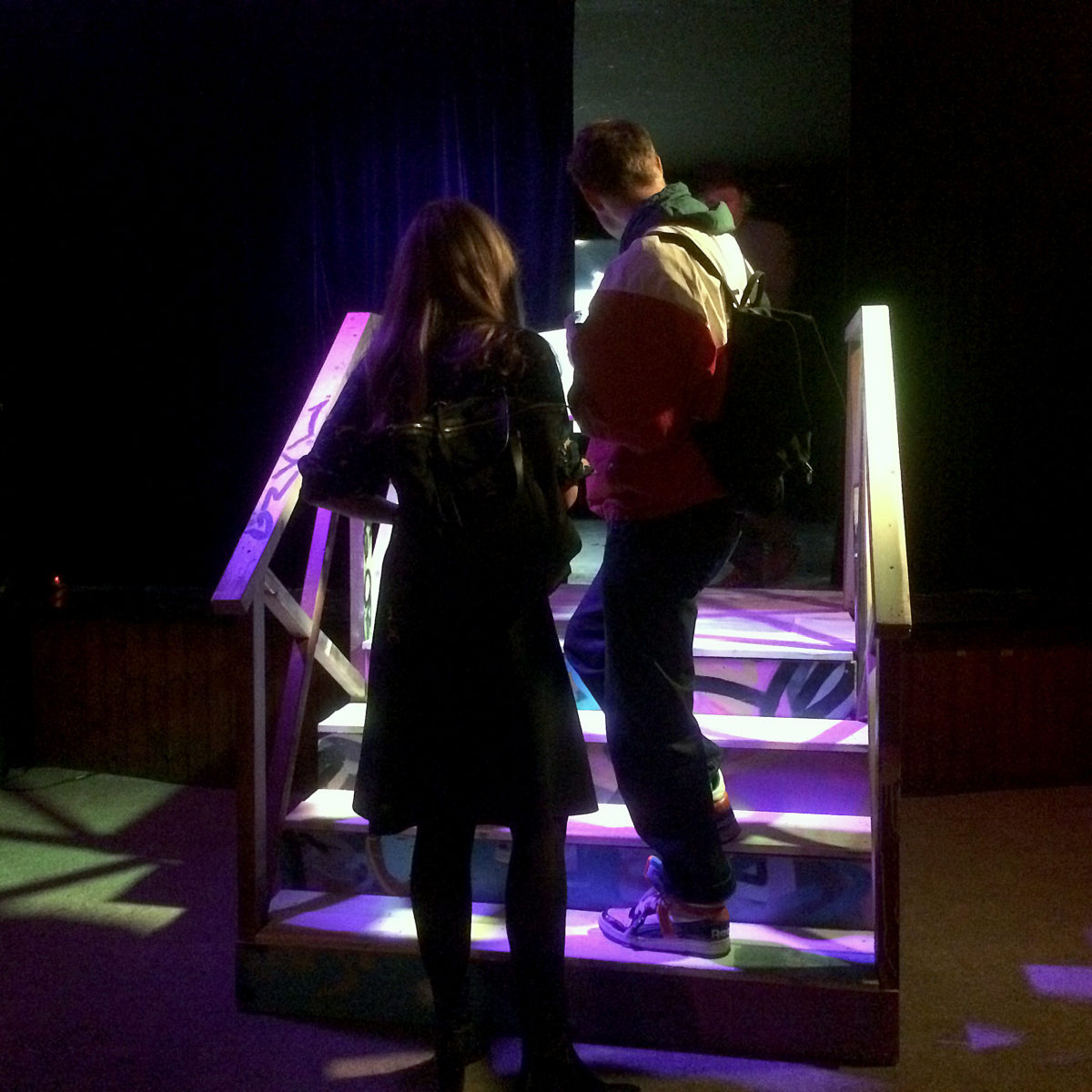 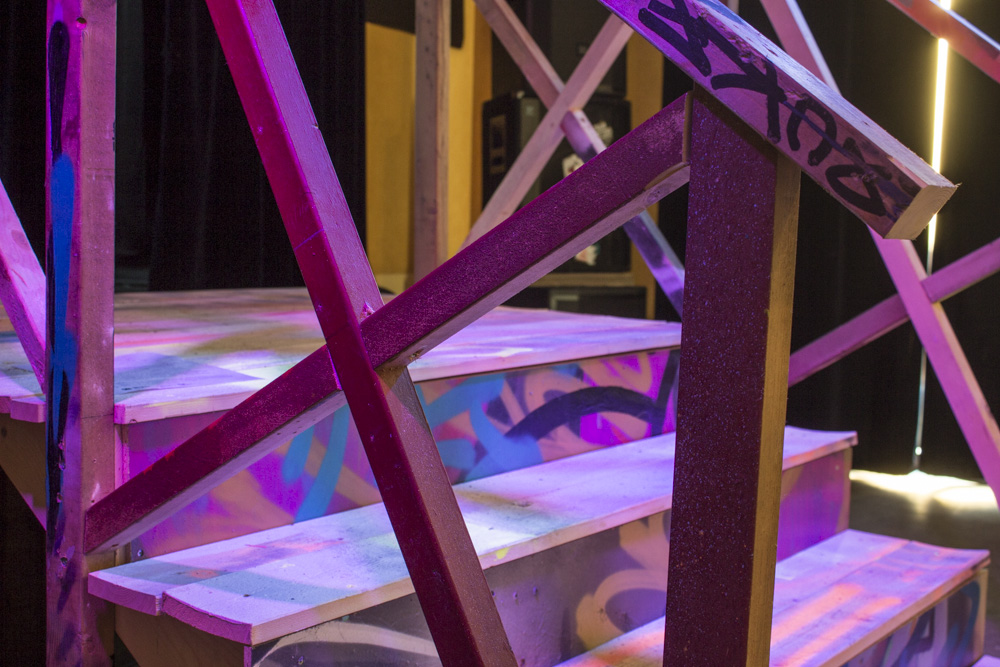 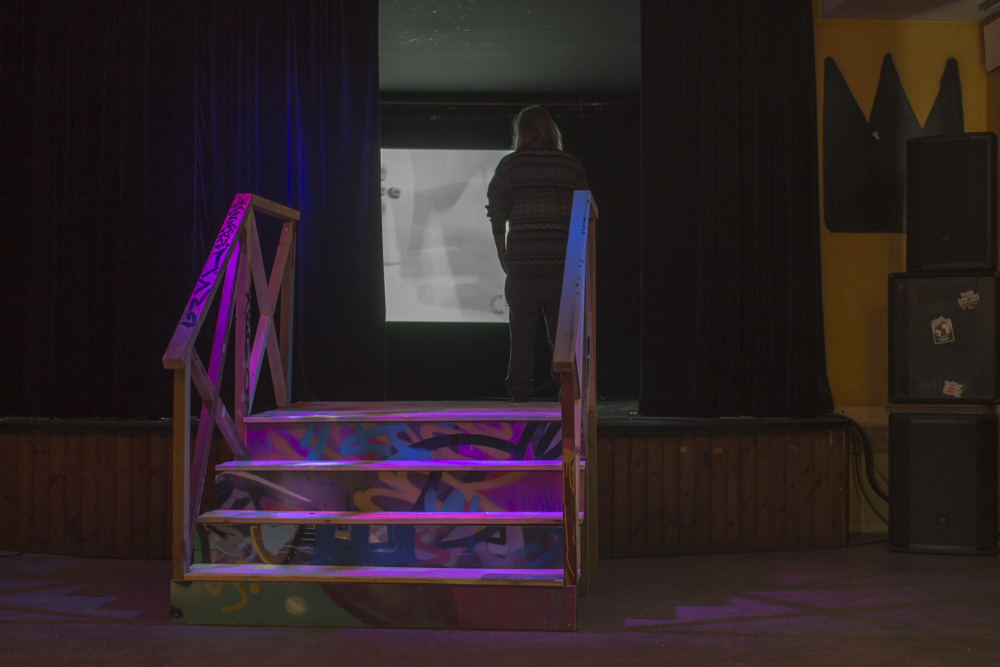 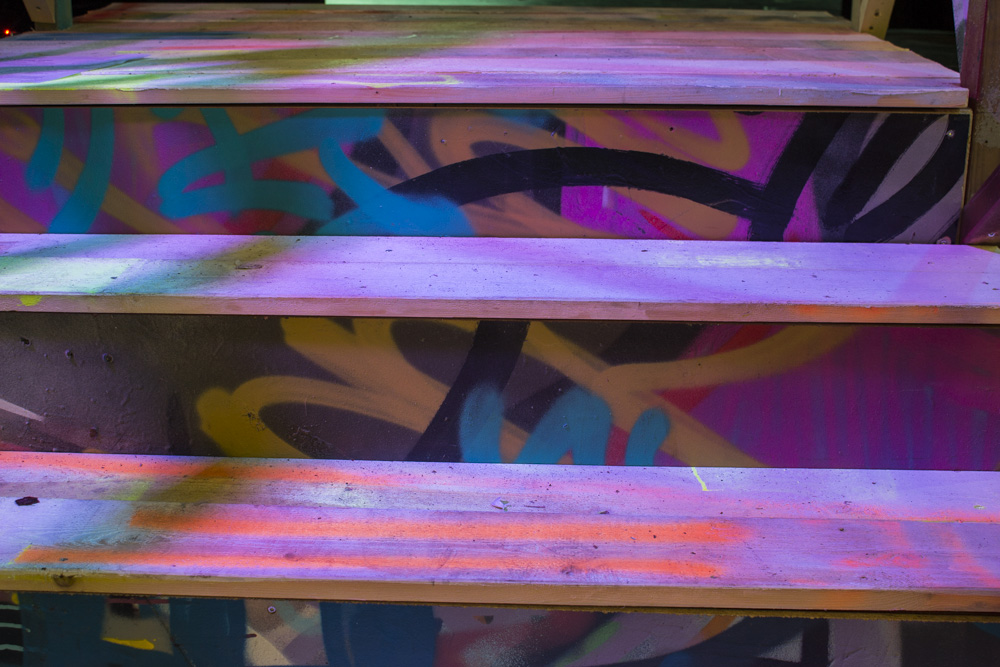 Starting from pre-existing materials (pictures, stories, objects, artworks) or existing contexts, Vianney attempts to create situations and art pieces. As such, he construct his life using other people’s’ lives, (may they be friends or strangers), anecdotes and found materials. He then organize, edit and show this information via a medium (exhibition, book, performance) in order to experience it, understand it, and transmit it. The choice of the medium depends on the situation and the material involved.

The works can be seen as a three dimensional «montages» of heteroclite materials, which allows things to appear in the space between what’s under one’s eyes. (1+1=3). He sometimes see he ‘s practice as an investigation that turns around a problem that would be eventually solved by the viewers.

Vianney, usually, tend to stand back from he’s production. He rather arrange things together and let them find their own meanings. He like to believe that at one point what he does will be freed from any intentions he could have had. Viewers can then project their own meanings and narratives onto the works and space.