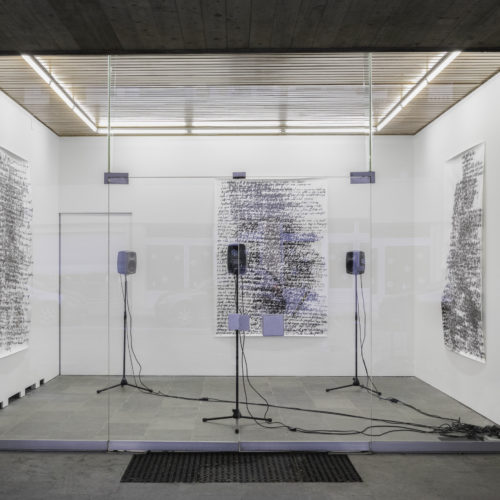 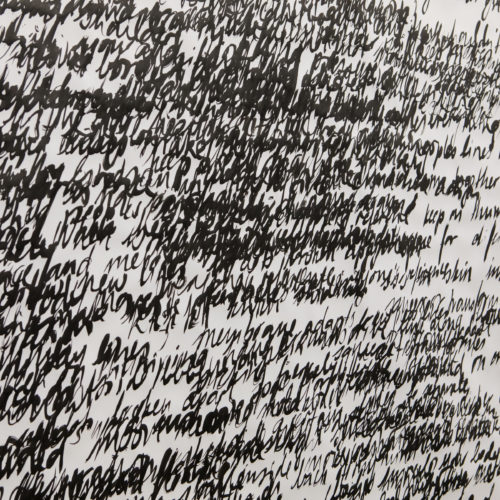 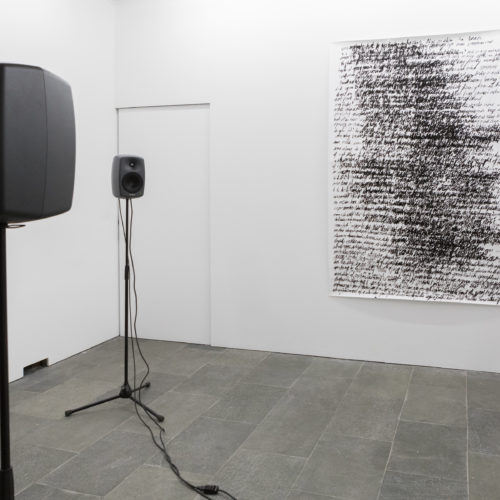 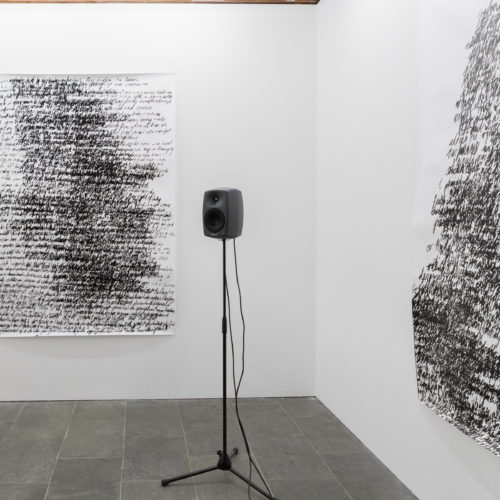 Rub your shoulders with mine is composed out of two works: one audio piece, ink on skin, as well as 3 drawings, writings (indian ink).

The audio piece ink on skin calls upon a community of bodies and voices to think and feel differently, to stretch and widen social structures and rethink the connections we already have. It investigates our relationship to the voice and bodies in that the bodies of the performers are absent but are invoked through their voices and sounds their moving bodies are making. It puts forward the idea of the body as a place of knowledge production and the voice with its sounds as a tool to create meaning outside of linear narratives. The recordings for the work were taken during rehearsals of the performance or what is.

About ink on skin:

Nicole Bachmann is an artist based in London and Zurich. She works across video, text, sound and performance. She situates the body as a site of knowledge production used to explore alternative discourses within language and form. By using movement and voice, Bachmann intends on subverting languages power and political relations that she believes is attached to normative vocabulary, opening up spaces or gaps in which to “embody vocabulary” where new meaning and social spaces can be created. In becoming other-too, Bachmann wants to question the structures of social norms through her own and others bodies and voices, providing a refreshing and relevant agency. Her predominantly collaborative practice reflects this subversion, evoking a sense of togetherness and reciprocity, searching for meaning away from the prescribed set of definitions she thinks we exist in. Her works explore our connectedness on multiple levels, the myriad ways we share information and how our bodies communicate with each other, sometimes below our radar.

With the support of AMEG, fplce, Loterie Romande and Pro Helvetia

All photographs by Nicole Bachmann